The Parlament of SA 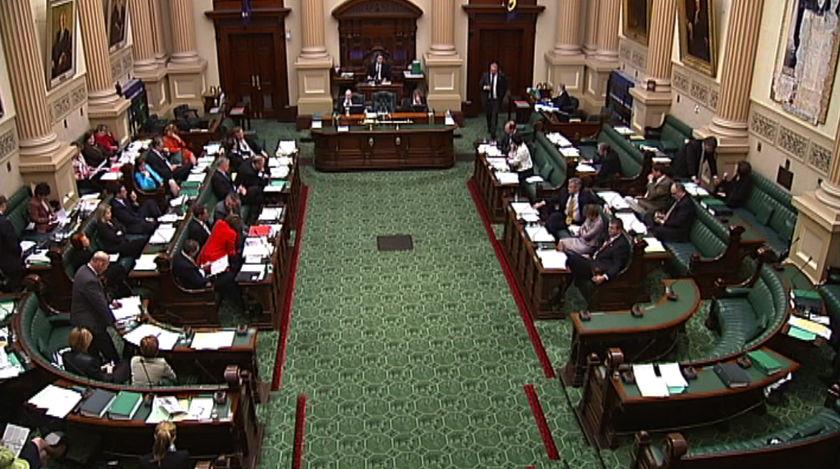 Generally parliament sits during the months October to December and February to August, on Tuesday, Wednesday and Thursday. The Parliament of South Australia consists of the Crown, represented by the State Governor, and the two houses of parliament (the Legislative Council and House of Assembly).

The Legislative Council, or upper house, is one of the two chambers of the Parliament of South Australia. Its central purpose is to act as a house of review for legislation passed through the lower house, the House of Assembly. It sits in Parliament House in the state capital, Adelaide.

It has 22 members elected for eight-year terms by proportional representation, with half the members facing re-election every four years. It is elected in a similar manner to its federal counterpart, the Australian Senate. Casual vacancies - where someone resigns or dies - are filled by a joint sitting of both houses, who then elect a replacement.
As of the 2010 election, the upper house consists of eight Labor, seven Liberal, two Green, two Family First, two No Pokies and one Dignity for Disability.

The House of Assembly

The House of Assembly, or lower house, is one of the two chambers of the Parliament of South Australia. The other is the Legislative Council. It sits in Parliament House in the state capital, Adelaide.
As of the 2010 election, the lower house consists of 26 Labor, 18 Liberal and 3 independent.