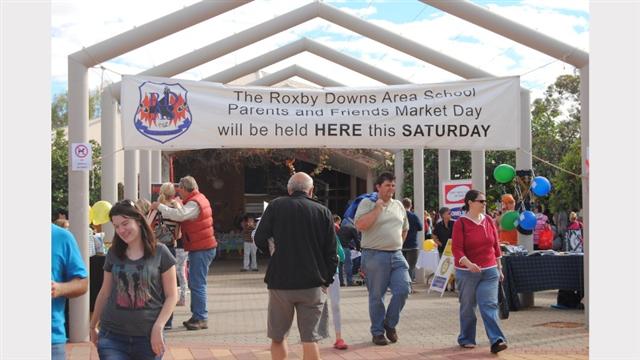 The Roxby Downs Community Learning Group has hailed its recently held garage sale as a success.
Many locals took the opportunity to check out people’s unwanted goods with some finding some treasure amongst the trash.
The sale held at the Early Learning Centre on Saturday raised nearly $1000.
Organiser Sally Bryant said it was a great day.
“Yeah it was really good and really successful, ” she said.
“The weather was perfect and there was a great turnout.”
Ms Bryant said there were 15 stallholders on the day that were selling a variety of things.
“We had a good range of things from baby clothes to men’s and women’s clothes, ” she said.
“We also had other things like toys and kitchen supplies.”
Ms Bryant said the group was very happy with the amount of money raised.
“I think we raised about $1000, which is probably double what we were after, ” she said.
“So that’s a fantastic result.”
The money will be put directly back into the Early Learning Centre with Ms Bryant predicting a new piece of play equipment.
“We are looking at buying an outdoor ship or car or fire truck, ” she said.
“Something that the kids can play in.”
Ms Bryant wanted to thank a number of people who made the day happen and flagged the possibility of another garage sale.
“I just want to thank the volunteers from the Early Learning Centre, the stallholders, Woolworths for the sausages, A Sprinkle of Magic, Desert Sense, The Body Shop and Roxby Community Church, ” she said.
“After the success of this one we will look to definitely hold another one.”
Roxby Downs Sun
By Ryan Smith August 29, 2013