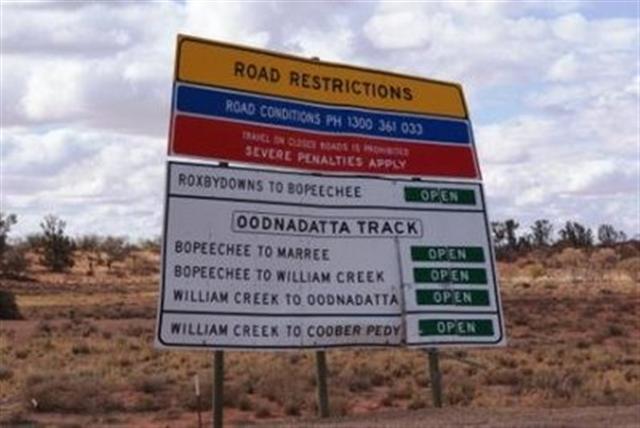 Regional Tourism signs around the state have fallen into disrepair, with some in the mid north being left to rust away due to years of neglect from the state Labor government.
This is according to Liberal candidate for Giles Bernadette Abraham.
“It is incredibly disappointing, ” Ms Abraham said.
“These signs are the gateways to the regions, and are meant to give passing motorists and tourists their first glimpse of the towns and landmarks ahead.
“They should be illustrating the great attractions our regional towns have to offer, not lying in ruin.
“It smacks of a lax attitude towards regional tourism under Labor.”
“One example is a sign 24 kilometres outside of Coober Pedy.
“Half the sign has been torn away and the rest is a bent, rusting relic.
“It has been like this for years and the state Labor government has made no attempt to repair it.
“They simply don’t care about regional tourism and towns.”
Ms Abraham said Coober Pedy was one of the most unique tourist destinations with its underground hotels, museums, churches and dozens of opal mines.
“It is the ‘opal capital of the world’ and tourism is huge business for the town, ” she said.
“The current state Labor government is out of touch with South Australians, especially those in the regional areas.
“It spends hundreds of thousands of dollars on new festivals like Word Adelaide, but can’t spend a few dollars upgrading and maintaining our road signs to promote towns like Coober Pedy.
“Our regional towns are struggling and the state Labor government is doing little to help.
“South Australia has fewer arrivals than any other mainland state, and most of those spend the majority of their time in Adelaide.
“Regional tourism needs as much promotion and exposure as possible and instead the government attracts a new airline in Air Asia X to the state which immediately takes a shot at our regional destinations.
“These signs promote only one thing: the state Labor government’s neglect of regional tourism.
“Our regional population deserves better.”
Roxby Downs Sun
August  29, 2013