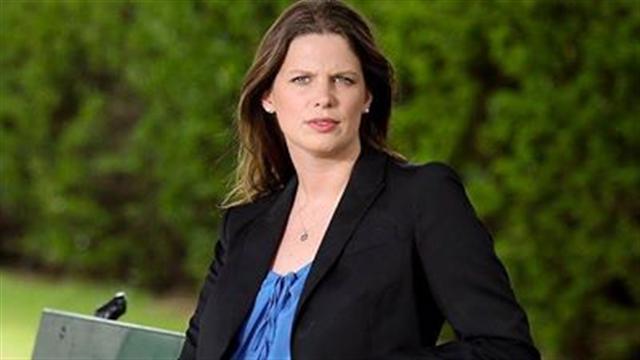 South Australia has swung 5.4 per cent to the Coalition, the second largest state swing in the nation, in a national rebuke of Prime Minister Kevin Rudd's divided government.

Patchy swings across SA look likely to deliver only a one-seat gain for the Liberals.

About two-thirds of votes have been counted. A record number of pre-poll and postal votes will continue to be counted in the coming days.

However, Mr Georganas is refusing to concede the seat to his Liberal opponent just yet, despite "bleak" early voting results, saying there were thousands of postal votes still to count.

This morning Mr Williams said he also was "not claiming victory" until the remaining votes were counted but was "very confident" of winning.

The 40-year-old said he had not yet spoken to Mr Georganas or new Prime Minister Tony Abbott.

"The Labor brand is damaged, " he told reporters at Henley Square where he was celebrating with his wife Leanne and children Sascha, 7, and Joshua, 5.

Mr Williams rejected suggestions from senior Labor MPs that the South Australian Liberal branch had failed its interstate counterparts by not snatching more seats from Labor.

"I think the swings are very positive across the board, " he said.

"I would have loved to have Carmen Garcia (Adelaide) or Tom Zorich (Wakefield), Sue Lawrie (Makin) and Cathie Webb (Senate) up there as well.

"(But) they've all had good swings ... (and) we are closer to claiming those seats in the next election."


Mr Georganas last night said he believed voters had based their decision on the leaders of the two major parties.

However, he insisted it was the right decision to reinstall Kevin Rudd as Prime Minister.

Mr Georganas said the leadership change had resulted in a boost for Labor but that momentum had not been maintained and Labor's leadership turmoil had been too damaging in the end.

The 54-year-old father of two, who recently became a grandfather, has held Hindmarsh since 2004.

His margin until tonight was 6.1 per cent.

Mr Georganas said Hindmarsh had always been "a very difficult" seat which got "nothing" from the Coalition government during the Howard years.

He said he had not thought about what he would do if he was not re-elected.

A Galaxy poll published by the Sunday Mail before the election put the two men at 50/50 odds, prompting a senior Labor source to speculate Mr Georganas' support of gay marriage could contribute to his undoing.

Mr Georganas said it was "hard to keep all groups happy" but stood by his record.

Mr Williams said the issue was not raised with him on the campaign trail.

"There's various views in the community out there (but) I believe there shouldn't be a change to the Marriage Act, " he said, adding he adhered to the Liberal party's position so far that its MPs should not be allowed a conscience vote on the issue.

Kate's popularity helped in the contest

Kate Ellis' strong personal profile is being credited for her positive showing in Adelaide.

Despite overnight predictions she was in dire trouble in the traditionally-marginal seat, Ms Ellis has contained the anti-Labor movement to just 3.8 per cent.

She leads Liberal Carmen Garcia 54-46 on a two-party basis.

In the final week of the campaign, Labor downplayed party branding in campaign material, instead imploring Adelaide voters to "keep Kate".

Liberals had eyed Wakefield as a possible gain and have made inroads in Labor's 10.5 per cent margin. Labor's Nick Champion leads 53-47 after a 7.5 per cent swing.

"All elections are tight but I am getting a good response from voters, " he said.

"A key issue is the car industry - we want to keep manufacturing strong in the north."

"We've worked flat out but it has been worthwhile, " he said.

"I can sense a swing is on - there is a mood for change among people I talk to."

The mortgage belt seat of Makin in Adelaide's northeast will likely stay Labor's.

Labor MP Tony Zappia leads 56-44 in Makin, despite a 6.4 per cent negative swing.

Earlier, he said he had faith those in the electorate would elect him again.

"I am nervous, but I've been nervous every single election day, even when I stood for local government, and today is no different, " Mr Zappia said.

"Given the way the polls have been going in recent months, I could expect some of my margin may go down. Anything can happen.

"I put my faith in the judgement of the people I have been serving for the past six years."

Mr Zappia cast his vote at Pooraka Primary School and visited 10 polling booths before ending his low-profile campaign with a private function at Ridgehaven.

Ms Lawrie, who voted at UniSA's Mawson Lakes campus and spent last night with supporters at the Para Hills Community Club, said it was still too close to call.

"There is a swing on, but I don't know if it's enough to get me through, " she said.

"My experienced campaigners say there's a good swing happening but we'll have to see how big it is tonight.

"The atmosphere has been really good today, it's really one of the best campaigns I've been involved in on the day."

Labor has also lost ground in its safe seats of Port Adelaide and Kingston.

Climate Change Minister Mark Butler has lost 7.5 per cent in Port Adelaide but retains a commanding 63-37 lead in the heartland Labor seat.

Kingston MP Amanda Rishworth has lost 5 per cent but leads 60-40.

The marginal Liberal seat of Boothby has swung significantly back in their favour, taking MP Andrew Southcott's advantage from less than 1 per cent to 7.5 per cent.

In an address at the Marion RSL, Liberal MP Dr Southcott thanked his staff and volunteers and family for their efforts in securing the countries most marginal Liberal seat.

"We've won Boothby in our own right, " Dr Southcott said.

"I've had a fantastic office, a fantastic family and fantastic volunteers who have taken all of the pressure of me.

"We've had fantastic result here and I'd like to thank you all."

Senior Liberal MP Christopher Pyne increased his margin by 5 per cent to 10 per cent in Sturt.

The self-styled stunt master is pulling a quarter of the vote as both of the major parties suffer significant negative swings which could unseat powerful Labor Senator Don Farrell.
DANIEL WILLS, LAUREN NOVAK AND STAFF REPORTERS
The Advertiser,     September 08, 2013