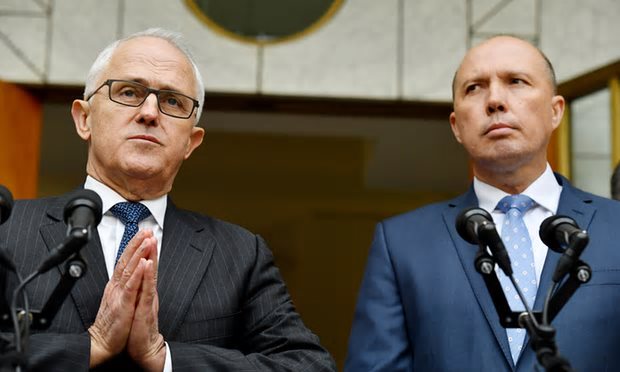 A new federal super-ministry of Home Affairs will be set up including the Australian Federal Police, Australian Security Intelligence Organisation, and the Australian Border Force

Prime Minister Malcolm Turnbull has announced it will be headed by the current Immigration Minister Peter Dutton.

It is a dramatic reorganisation of the ministry, stripping ASIO from Attorney-General George Brandis.

Mr Turnbull has said it is the most "significant reform of Australia's national intelligence and domestic security arrangements and their oversight in more than 40 years".

There will be an office of national intelligence that will play a co-ordination role.

Cyber security will be beefed up with a new centre that operates around the clock.

The idea has been controversial because it gives so much power to one minister, but Mr Turnbull defended the move saying: "We can't take an 'if it ain't broke don't fix it approach'."

The changes will take one year to implement and are expected to be finalised by the end of next June.

Despite the changes to the ministerial responsibilities, Mr Turnbull said there will not be a reshuffle or any changes to personnel.

Senator Brandis had been reluctant to back the idea before it was announced, but today he called them historic reforms that have his strong support.

Senator Brandis will no longer have the domestic spy agency in his portfolio, but he will still have the responsibility for approving ASIO warrants.

"It is extremely important that the Attorney-General's function, as the minister who protects the rule of law within the structures of governance, be respected, " Senator Brandis said.

Labor not convinced 'this is a good idea'


"To put it simply, this seems to be about Malcolm Turnbull's job security, not national security."

Mr Shorten refused to support the new arrangement until it was backed by security experts.

"We are concerned that we haven't heard the experts say this is a good idea, " he said.

"We will back expert opinion over political opinion and the nation's security requires nothing less of us."

Mr Turnbull rejected criticism that a super-department could be less responsive than the current system.

The change to a Home Affairs portfolio has been controversial because it gives so much power to Mr Dutton, who is seen as crucial to the stability of Mr Turnbull's leadership.

Mr Turnbull denied it was driven by politics.

"It is driven by operational logic, " he said.