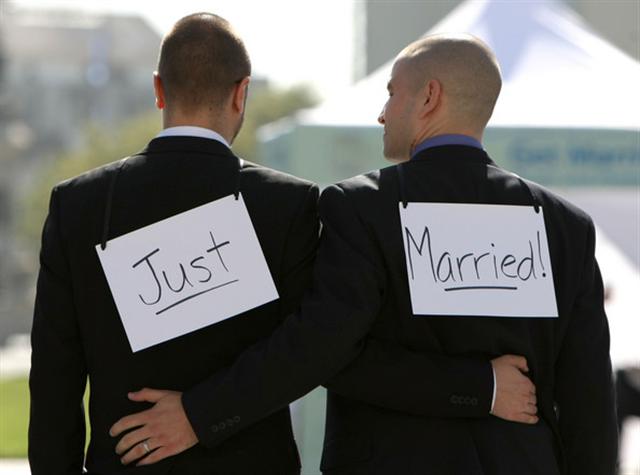 In reality, the anti-gay policy that triggered this outcome needed fundamental reform and it should never have to be the case that private arrangements with a minister are required to circumvent official homophobia. Besides, few people have that access.
The problem for Australia in 2013 is that little has changed in the last eight years. If anything the international momentum for same-sex marriage has made it worse.
The Australian government doesn't simply ban equal marriage in this country it refuses to recognise gay and lesbian couples who have been legally married in their own countries. This means that married couples from many countries around the world find that their marriage license is effectively torn up at the airport when they land here. Their solemn vows to one another utterly disregarded.
It is not enough to suggest as the Prime Minister did recently, that such couples can be regarded as 'de facto', because that status is not automatic. It requires evidence and a two year period of co-habitation on our shores. And unlike marriage, de facto status does not have universal acceptance by the Department of Immigration.
Whatever the Prime Minister and Mr Abbott's social views are on same-sex marriage, the fact is that our nation's increasing isolation on this matter is impacting recruitment and employment mobility. By putting up a legislative wall around our island nation our parliament has created a fortress of intolerance that is repelling needed workers. And not just those who happen to be gay or lesbian, but also those progressive, heterosexual, white-collar executives and those from the creative classes who will choose not to live in a socially backward and discriminatory country when they can go elsewhere.
This has a particularly adverse effect here in Western Australia because we source many foreign workers from Britain, Ireland, the USA and New Zealand.
All of these countries have either enacted equal marriage or are on the brink of doing so. This means many sought after workers will rightly expect when coming to Australia to participate in our economy and contribute to our society that their legal marriages will be accepted. Many other skilled workers will simply bypass Australia for New Zealand where they are treated as equals.
There are many voices in the chorus calling for equal marriage but as the global momentum for this gathers pace it will be employers and big business that will become among the loudest. Recently retired CEO from the Australian Industry Group and current board member of the Reserve Bank, Heather Ridout, has already made this call but she won't be alone.
Marriage equality is fast becoming an international benchmark within employment conditions and a global symbol of a nation's commitment to social inclusion and workplace entitlements.
By Brian Greig, former Democrats senator and currently WA Convenor of Australian Marriage Equality.