Nguyen quickly rising as one of Adelaide`s most common surnames 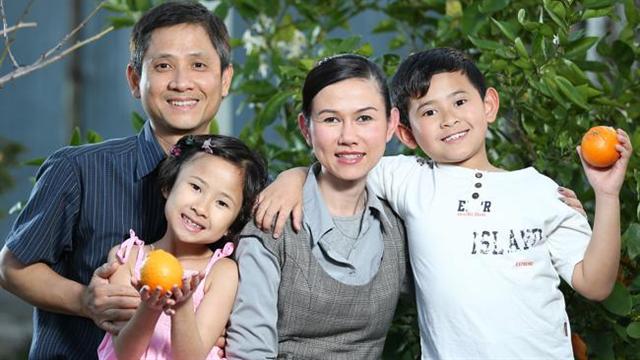 IN ADELAIDE, it seems the Nguyens are now fast catching up - rather than just keeping up - with the Joneses, the Williams and the Smiths.
An analysis of the names in the soon to be released 2013-14 White Pages shows Nguyen is now the city's seventh most common surname, up from 10th in 2010 and 16th five years earlier.
Ten years ago, the surname, used, according to some estimates, by 40 per cent of Vietnamese, didn't even rank in the top 40.
University of Adelaide demographer Professor Graeme Hugo said the Vietnamese community was an increasingly significant part of South Australian society, particularly as the children of first-generation migrants get married and start families of their own.
"The Vietnamese are one of the few Asian groups that are in proportion in South Australia to their presence in the rest of the country, " he said.
"South Australia is, in relation to the total proportion of Asian groups, under-represented."
Certainly, this year's White Pages shows Adelaide to be still an overwhelmingly Anglo-Saxon city.
Smith, Williams and Jones remain unchallenged as the city's top three surnames, with Brown, Wilson, Taylor, Martin, Thomas and White also rounding out the top 10.
Of the top 20 surnames in Adelaide, only Nguyen and Lee are not European in origin.
In comparison, Sydney's top 10 surnames include Lee, Nguyen, Kim, Chen, Wang and Li, while in Melbourne four of the top 10 surnames are Asian in origin.
Professor Hugo said that in the 1980s, 1990s and the early part of the last decade, South Australia received "really very minimal" migration from Asia.
"The thing is that in the last five, six, seven years we've had a significant increase in the number of Chinese and Indians coming to SA, so I'd expect that their names would become much more significant in future (editions of the White Pages), " he said.
One of the Nguyens listed is pharmacy technician Ngoc Nguyen, who migrated to Adelaide from Vietnam in 1991.
The Croydon Park resident said she valued the educational and employment opportunities available to her family and children in South Australia, but also the personal freedoms often denied in her home country.
"There is more freedom here, that is the reason why we left our country and came here, " she said.
ADELAIDE TOP SURNAMES:
1. Smith  2. Williams  3. Jones   4. Brown  5. Wilson  6. Taylor  7. Nguyen  8. Martin  9. Thomas  10. White
ADELAIDE TOP SURNAMES (2010):
1. Smith  2. Williams  3. Jones  4. Brown  5. Taylor  6. Wilson  7. Martin  8. Thomas  9. White  10. Nguyen
SYDNEY TOP SURNAMES:
1. Smith   2. Lee   3. Nguyen  4. Jones  5. Kim  6. Chen  7. Williams  8. Brown  9. Wang  10. Li
MELBOURNE TOP SURNAMES:
1. Smith  2. Nguyen  3. Williams  4. Singh  5. Brown  6. Jones  7. Wilson  8. Lee  9. Taylor  10. Tran